What’s the Difference Between Whiskey and Whisky? 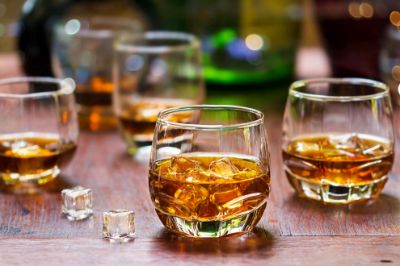 Although the difference may appear to only be in the spelling in reality the difference goes further back in its origins, and the cultural tradition of its preparation.

The main difference in the spelling is by region, in Ireland and in the United States the spelling is Whiskey (with an e), while in Scotland, Japan, Canada, Australia, India, France and others it is spelled Whisky.

As for flavor Irish whiskies are mostly tripled distilled, resulting in the perception of being a lighter alcoholic beverage. These do not use peat like in Scotland which leads to sweeter, less spicy and less smoky drinks. The Scottish 'whiskey' in contrast, is characterized by being more robust and complex.

The whiskeys made in the United States or better known as bourbon are made from corn and rye, which gives them notes of maple, caramel and vanilla. It is also important to note that the barrels used in the United States are new, which provides a more intense wood flavor, while those used int Scotland are second-hand, usually from the United States, Spain and Portugal adding hints of fruity and floral to the taste of the final products.

In terms of its uses and forms of consumption, 'whiskey' is ideal for cocktails due to its light and sweet characteristics. While the 'whiskey' is recommended to drink it pure or with a little water or ice; also, thanks to its versatility it is excellent for pairing with various types of food